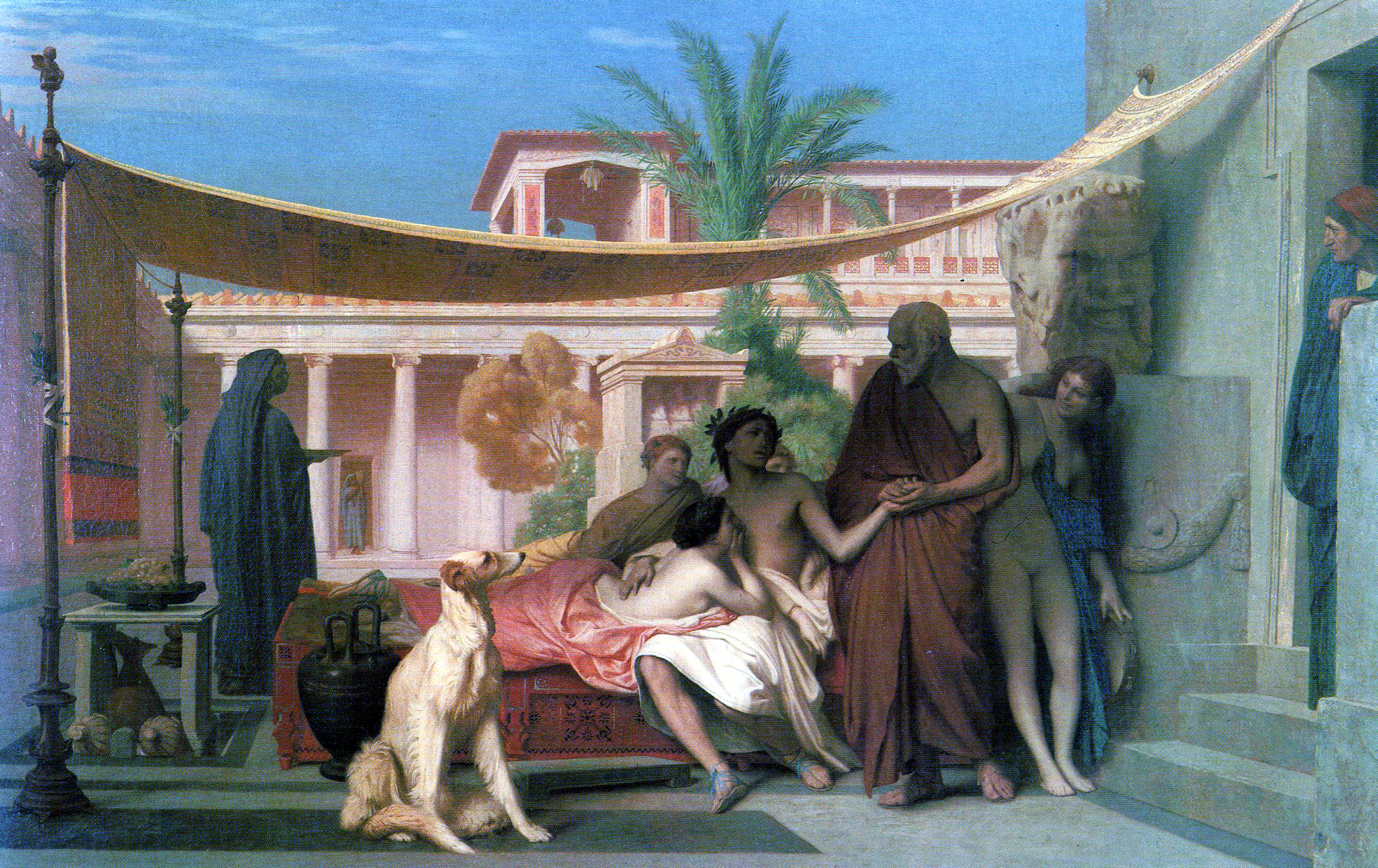 Joel Watts has a post up entitled "What if a Woman Wrote Portions of the Holy Scripture?"  His is an extremely important question, prompted by Bob Duggan's important post "Identity Theft: Seeing or Not Seeing Gender in Art,"  which reports on the Delaware Art Museum's experiment this month:  to see "whether gender stereotypes in art are just another form of identity theft, in this case robbing female artists of the full identity of creator."  So, again, Joel's question is not just a past tense question but a very contemporary one.  It's not just getting at the whether the product of the Bible was produced only by men.  It's also getting at your own influence in your own eyes - what if you believed a woman wrote it; then how would you treat it differently, and just how might you read it?  And now how do you regard the painting that starts my post?

Well, I'm trying to bring you and me back into history, and then forward into our own contemporary moment.  This is what Cheryl Glenn has influenced me to do in a very productive and extremely positive way in the history not of the Bible (and the question of its gendered production, not at first anyway) but in the history of rhetoric.  So, would you be interested in hearing some about Glenn?

Cheryl Glenn looks at paintings, such as the one above, and asks questions.  Do you know who's represented here?  Do you know who's doing the representing?  It's "Socrates Seeking Alcibiades In The House Of Aspasia"painted by Jean-Léon Gérôme.  Look how Aspasia is represented.  Glenn doesn't miss it.  In her essay, "Sex, Lies, and Manuscript: Refiguring Aspasia in the History of Rhetoric" and in her book Rhetoric Retold: Regendering the Tradition from Antiquity Through the Renaissance, Glenn fairly and thoroughly views and reviews how the male artist has represented the male Socrates and the female rhetor/ rhetorician Aspasia.  Glenn uncovers the sexism here.  (Notice who's naked in Gérôme's painting and how they are nude and for whom.)  But Glenn recovers Aspasia, as a woman, a scholar, a teacher of Socrates and of Pericles and of Plato, some very significant men in your history, to name a few.  What if Aspasia is the inventor and the teacher of what we call the Socratic Method?  What if a woman is a founder of what we call good communication?

Cheryl Glenn uses the traditional (typically male only) tools of history writing.  That is, she views and reviews how it is that Socrates has been remembered, how we re-member him.  There are no extant writings of Socrates just as there are no extant writings of Jesus.  Male disciples and male scribes and male translators and male historians have had to re-present who Socrates is and what he said (just as students and scholars, males mostly, have had to recontruct who Jesus is and what he said).  Therefore, Glenn starts with the traditional tools of history and historiography to recover representations of Aspasia.  If you just go to the wikipedia entry on her, then still you get the idea that she must have likely only been a woman who was a man's object.  So Glenn asks, why isn't Socrates (and I ask Why isn't Jesus) so fraught with sexuality in history?  Glenn notes that it's through men's writings about Socrates that we today remember him.  (Same is true for Jesus).  So she sets about re-telling the history of Aspasia in these terms:  through men's writings.  And it's telling!

Glenn has discovered what many women and men studying the history of rhetoric have noticed.  In her book cited above, she notes:


For the past twenty-five hundred years in Western culture, the ideal woman has been disciplined by cultural codes that require a closed mouth (silence), a closed body (chastity), and an enclosed life (domestic confinement)....

Rhetoric always inscribes the relation of language and power at a particular moment (including who may speak, who may listen or who will agree to listen, and what can be said); therefore, canonical rhetorical history has represented the experience of males, powerful males, with no provision or allowance for females....

Except for rhetoric, no intellectual endeavor—not even the male bastion of philosophy—has so consciously rendered women invisible and silent...


What Glenn comes to is that it's not only the picture of history that's the problem.  It's also the tool by which that picture has been painted that's the issue.  Men just don't include women well in their history because their history writing method also does not allow women to be re-presented well in any inclusive, accurate, representative ways.

Thus, Glenn begins.  She turns to other methods, to other tools.  She names at least four and shows how they work and begins to work them.  I'm not going to name them here.  I'm just going to suggest that you find her book in your library, and read it for yourself.  It's a great read.  Then do what Joel Watts has done.  Ask some questions about your Bible, both its history and the history of its production.  Where are the women and how are females fairly represented?  Then ask Glenn for yourself if you wish.  How could things be different for the Bible, for me?
Posted by J. K. Gayle at 6:11 AM

This is why I am glad you blog. Well, that my own change of perception among other things.